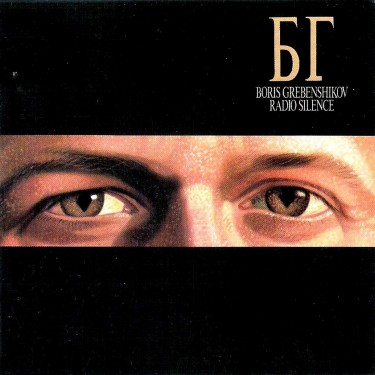 Produced by David A. Stewart

I am sincerely grateful to:

Aquarium - for standing by me and letting me go.
Lyudka - for the love, pain and beauty we've wrought together.
Kenny & Marina - who gave all they were to make this happen and succeeded.
Ina - who did everything to make the music flow.
Dave - Hail! O my Liege and friend.
Gabrielle & Robert - for forming a place of peace that gave me courage to write.
Sir Walter Yetnikoff - for putting his trust in this Russian whiskey-drinker.
Everybody at DnA, Anxious & the Church - for accepting me as part of themselves.
Joanna Stingray the first bridge.
People at Mezhkniga - who have done the unimaginable and made the album a reality.
People at VAAP - for their open minds.
Victor Khrolenko - for being the source of energy and achieving the impossible.
Don Williams - for being the perfect host.
Michael Segal - the perfect dolphin.
Richard Feldman - for all his help.
The Film Police - Michael, Steve and... - for patience with me and being great people.
The Big Jo - for believing and great single-malt.
The Raven - for inspiration and faith.
Lou & Sylvia - honesty and encouragement.
My Mother - for infinite love and my life.
Olle, Patrick, Chucho, Darryl & Manu - for the beauty of working with them.
Billy - for magical singing.
Professor Ray - Me & Sasha are his humble pupils.
Annie, Chrissie, Siobhan & Marcy - for extending their grace on my songs.
Sasha - the tower of strength.
My Teacher & Love - because she is.
My son Gleb - I've done it all because I love him.

Special thanks to Tony Quinn, James Wylie, Richard Feldman, Marcy & Siobhan, Annie & Chrissie. Also thanks again to Pat & Olle for their support in the USSR,USA & UK and of course to the inimitable Ray Cooper.
My personal thanks to Aquarium for allowing me to share the experience and to Kenny & Marina for their endurance. Last but not least many thanks to Michael Apted and his crew for their staying power.